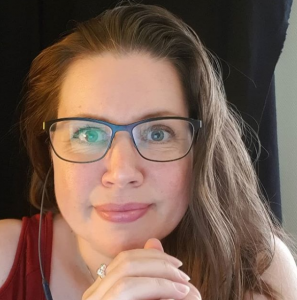 First, a practical note: I’m Danish, and English is not my native language. If you find any misspellings or bad grammar, please let me know so I can correct it and get better. 🙂

Now: In 1997 I lost my father. He was only 56 years old, and I was 25. I was there when he died, and as he took his last breath, I had the distinct feeling that the body in the bed was nothing but a shell he had lived in, and who he really was had gone somewhere else. And I wanted to know where!

So I started reading books about the subject, and I envied those who had all those wonderful experiences, meeting loved ones, seeing angels and stuff, but I didn’t like being someone who just believed in other people’s stories. I wanted to experience things for myself.

So one night before I went to sleep I folded my hands and prayed that I would have some kind of spiritual experience during the night. Anything! I didn’t really know what I was asking for, but I just wanted something to happen.

Later that night I woke up feeling like there was electricity around my body. Everything was buzzing and vibrating. It didn’t scare me at all, I just wondered what on earth that was. And then it dawned on me that this could be the experience I had prayed for. So I waited for something to happen. And while I waited I noted that it also felt like my body was still on the mattress, but that I was actually floating a little bit above it.

Nothing more happened, so I just fell back to sleep. After that I tried to find out what it was. I couldn’t find anything online (and this was long before Google), and when I asked clairvoyants and other’s I thought might now something about it, they shrugged and had no idea what it could be. Just some energy thing. So I gave up figuring it out.

A few years later I met a man named Gunther who became a good friend (and later my boyfriend, but that’s a whole different story), and one of the things that tied us together was that we shared the interest in finding out what happens when we die. This was back in the day when you actually enjoyed getting an email from someone 😉 and we wrote long emails back and forth about our thoughts, books we had read and strange experiences.

One night I wrote Gunther about the electricity experience, ending my email with something like “well, I guess it’s just one of those experiences I’ll never find out what was about”. The next morning I woke up to an excited email from him: “Wow! You have GOT to read Robert Monroe’s books!! I’m not going to tell you what’s in them, but when you’ve read his first book, you’ll know what that experience was.”

So I borrowed Journeys Out of the Body from him, and wow, there was the description of my experience. If you don’t know his story, check it out here:

I read the book in an afternoon, and that same night I had my first (conscious) out of body experience.

It happened spontaneously several times after that, but I never succeeded in learning how to do it on command. Luckily I discovered that there are other ways to explore.

After finishing Monroe’s three books, Gunther lent me Bruce Moen’s books and mentioned that he wanted to translate them into Danish. As I read them, I shared that dream. Such wonderful books!

Gunther went to Bruce’s workshop in Ireland that summer ( this was in 2001) and talked to him about it then, and when he came back we began translating Voyages into the Unknown.

In 2013 I became an accredited outreach trainer from The Monroe Institute, and in 2014 I was trained by Bruce to teach his Exploring the Afterlife workshop. But when it came to actually teaching the workshop here I sort of chickened out. As long as Bruce was still here I figured people would much rather be taught by him personally.

Well, now Bruce isn’t (physically) here anymore, and it’s time I step up and do the work. And that’s why you’re now on this website.